Iranian pistachios include many local name and each name represent a region shape or quality type. However in term of shapes there are in four main groups. Long , Jumbo, Round and Kernel Pistachio and green skinned pistachios. Iran exports 150,000 to 200,000 tons of pistachios annually. This is while the global demand for Iranian pistachios can even reach a few million tons. Presently Iran accounts for more than 50 percent of global pistachio production. Iran is expected to earn $1.1 billion in pistachio until the end of Iranian calendar year, which ends on March 20, 2013. Currently, pistachios grow in over 360,000 hectares of land in Iran and Kerman province procures 77 percent of the country’s pistachio needs. The province is essentially viewed as the most important region in the world for growing pistachios. Other areas of the country wherein pistachios are grown include Yazd, Khorasan, Fars, Semnan, Sistan and Baluchestan, Qazvin, Isfahan and Qom but the special climate of Kerman province is the only best place for growing pistachios. 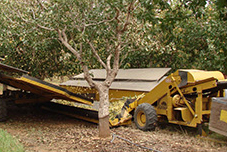